Yes you can partially invoice your jobs with LSP.expert. 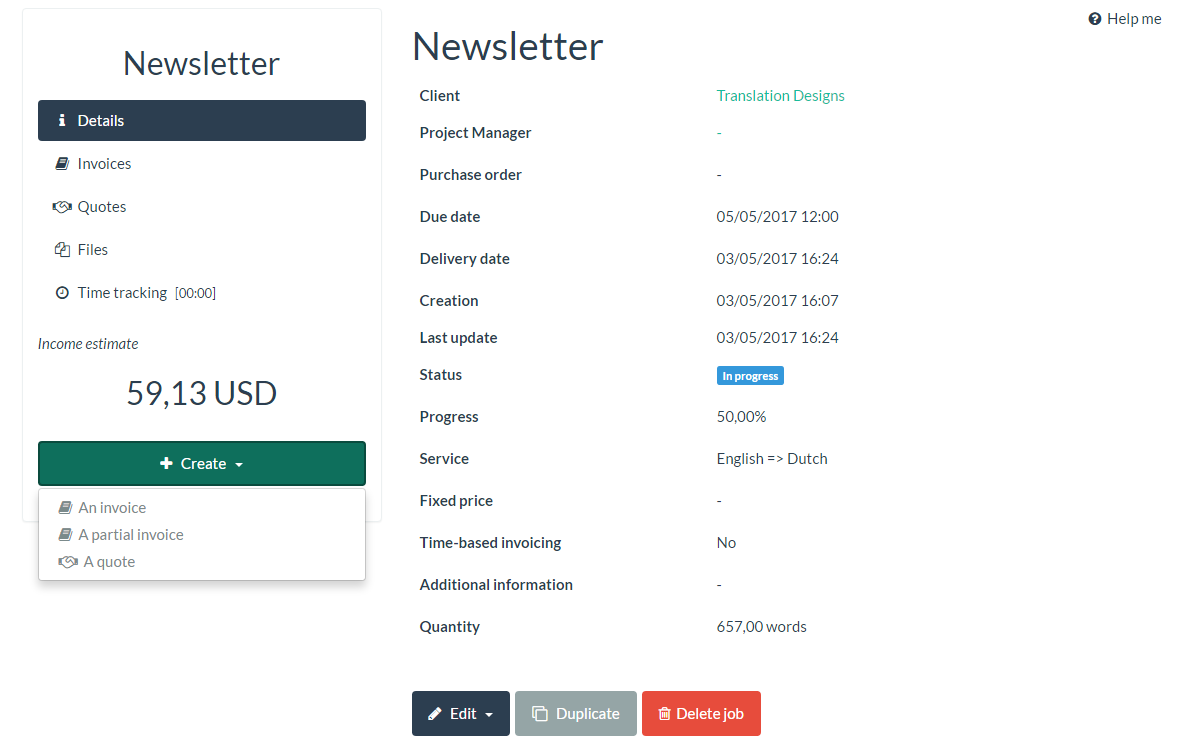 The amount invoiced will be calculated based on the progress you defined for the job (50% in the screenshot above) or on the time you already spent on the job if you selected the 'Time-based invoicing' option for the job (see the article about the time tracking functionality).

When you create a partial invoice, the status of the job remains unchanged (In progress) because it's not finished yet. In the job, you see a message indicating how much has already been invoiced for this job. 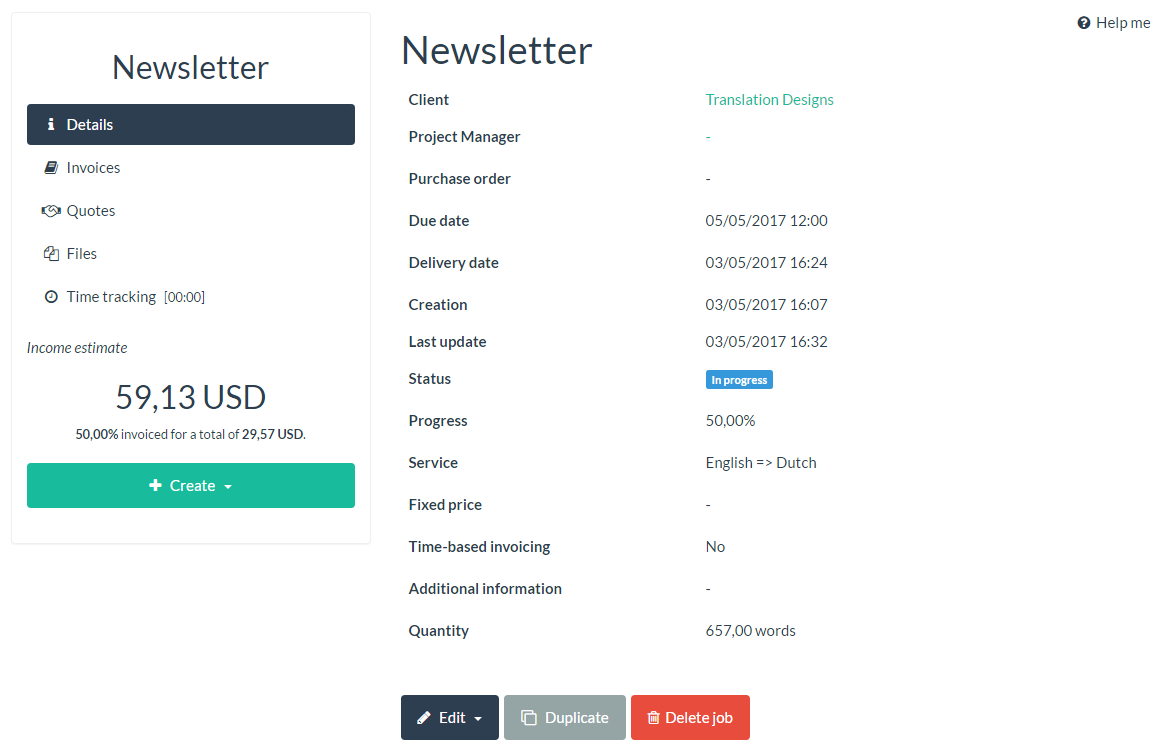